History of pie: Why do we eat pie during the holidays?

Few things are as synonymous with the holidays as pie. Regardless the type, chances are your holiday dinner will end with one or more pies on the table. As delicious as pie is, one can’t help but wonder how this tradition began. Why do we eat pie during the holidays? The reason, which dates back hundreds of years, will surprise you.  Let's jump into the history of pie!

Did you know that the first pies were filled with meat? It wasn’t until the 14th Century that pie fillings began to evolve to include additional options like fruits and custards. Originally called bake-metes, Medieval era fruit pies were nothing like the fruit pies we know and love today. Baked in thick, dense, coffin crusts, bake-metes contained more than just fresh fruits and baking spices. In Pie: A Global History, author Janet Clarkson references two pie recipes from this time period. An apple pie recipe that calls for the apples to be flavored with saffron and a pear pie recipe that tells cooks to place bone marrow between the pie’s pear slices.

The widespread enjoyment of eating pies at Christmas actually derives from Western European medieval cuisine. Peasants would often indulge in frumenty, a plain wheat porridge that was enhanced with dried fruits, meats, sugars and spices for Christmas. This special occasion porridge eventually evolved into a pie when peasants began using it as a pie filling baked inside a coffin crust.

Eating pie during the Christmas season was also heavily influenced by The Church. Throughout various points in history, meatless days were required by The Church and often further implemented by state law. This led to the rise in fish-based pies, which were especially popular. In Gloucester, a city in England near the Welsh border, each Christmas a fish pie was presented to the royal family as a token of loyalty. This tradition continued until the end of Queen Victoria’s reign. The custom had a brief resurgence in 1953 when a 42-pound fish pie was cooked and presented to Queen Elizabeth II at her coronation ceremony!

It wasn’t until the 16th Century, when sugar prices began to decrease, that the popularity and intricacies of fruit pies started to evolve. No longer was fruit a secondary ingredient to saffron or bone marrow.  The first fruit pies were primarily enjoyed by the noble class. Exotic, expensive fruit pies containing costly ingredients like orangeade—a candied orange peel, were often prepared and presented at special occasions and holidays.

As time progressed, pies became more accessible to other classes. Still, the custom of eating pie at special occasions and holidays remained. Culinary historians can infer that pumpkin pie has been a part of the common American Thanksgiving menu since the late 1700s. The earliest known American cook book, American Cookery by Amelia Simmons, was published in 1796 and—while it doesn’t specifically call out Thanksgiving, it does include instructions on how to stuff a turkey and an accompanying pumpkin pie recipe. 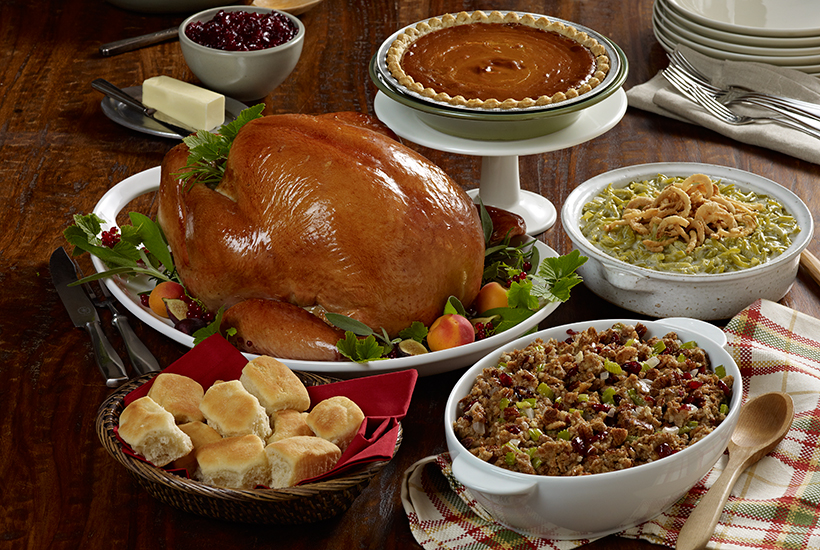 It was during the time period of Simmons’ cookbook that Thanksgiving began to progress from a church-based holiday to a holiday with food and family at the forefront. It was also a time when substantial waves of migration from England came to the United States. English immigrants brought with them many traditions and customs, including their beloved family pie recipes.

By the 19th Century, it was clear that pie had become a Thanksgiving staple.  Multiple memoirs from the era include accounts of numerous pies being prepared in anticipation of the holiday. These pies were often prepared with the help of the entire family, including children, who would often sift flour and aide in combining dry ingredients.

While pumpkin pie is one of the oldest traditional Thanksgiving pies, it isn’t the holiday’s only beloved fruit pie. The first known recorded pecan pie recipe dates back to the late 1920s. Pecan pie quickly became a Southern staple and a Thanksgiving favorite. A love of pecan pie during the holidays still holds true today, with Marie Callender’s® selling more than 1 million frozen Southern Pecan Pies during the November and December 2014 holiday season.

While porridge-filled and bone-marrow filled pies may be a thing of the past in pie history, the tradition of eating dessert pies during the holiday season continues. Last year alone, Americans bought more than 38 million frozen pies during the November and December holiday season. With numbers like that, it looks like America’s enjoyment of pie at the holidays is here to stay!

Sources: Pie: A Global History by Janet Clarkson / Giving Thanks: Thanksgiving Recipes and History, From Pilgrims to Pumpkin Pie by Kathleen Curtin